Breath is pulled from my lungs.
My throat goes hollow
every time a howling
fire truck wails down the street.

My throat goes hollow,
I could swallow those anxious faces peering
from the fire truck wailing down the street.
It would be safer in my mouth—

I could swallow those anxious faces peering,
despite (my) pounding temples and blurred time.
It would be safer in my mouth—
I could shout a warning.

In spite of pounding temples and blurred time,
every time there’s a howling
it’s a warning
that’s been pulled from my lungs.

Yesterday, when I read the news that there was a gas leak explosion in the neighborhood that was my home of twenty years, New York’s East Village, I gasped. Three buildings caught fire and collapsed. This bullet point in the Daily Mail headline haunts me: Nicholas Figueroa, 23, who was on a date at a sushi restaurant and Moises Lucon, who worked there, have been reported missing. 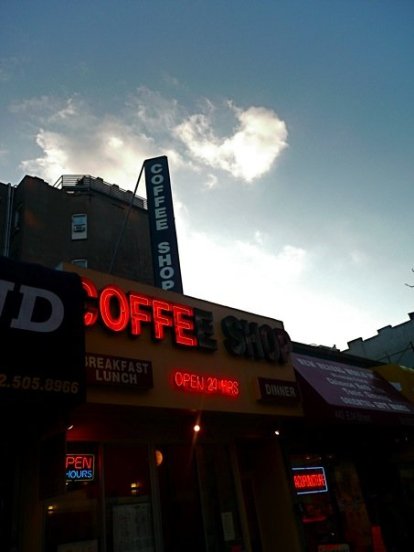 Fire was one of my greatest fears when I lived in the city. There is nothing like the sinking feeling of walking home and seeing firetrucks on your block, or a friend’s block. How quickly fire can spread on those tenement buildings pressed up against one another.

Of course, fire is a big issue here in Flagstaff as well. I’ve experienced two forest fires, and both times, have had friends whose homes came close to being swallowed up. Last year, when I first started dating my boyfriend, I helped him evacuate his home. The landscape was eerie and strangely beautiful, overcome with the haze of smoke and (not so) distant glow of fire.

I wrote the poem above in response to 9/11. After the attack, walking by a fire station was like walking through a pocket of sorrow – the weight of sadness in the air was palpable. So much loss. Whenever I’d see a firetruck, I was overwhelmed  by the faces of the men inside.