The other night, I was talking with two women of different backgrounds and at some point in our conversation, the youngest of us began to talk about a (recent) time in her life when she had been beaten repeatedly by the father (who she no longer lives with) of her two small children. We listened to her tell her stories, each injustice becoming more vivid and outrageous, her speaking becoming more rapid and animated, the crescendo being when he kicked her several times in the stomach while she was pregnant with her second child.

I saw myself in her, when in my own experience, the violence was fresh, and the story of it would pour out of me – quick and breathless – to anyone who would listen. It took years for that story to not be so present in my thoughts. 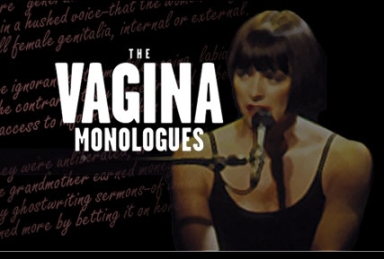 I just read an interview Eve Ensler: Freedom Starts With a “V” by by Madeline Ostrander for YES! magazine, Eve Ensler says, “One out of three women on the planet will be beaten or raped in her lifetime.”

When I read the YES! magazine interview, it made me think about the other night – I was one among three out of three American women who’d been raped or beaten in our lifetimes. And when I think of my sisters, that’s four out of four . . . is it possible the already astounding statistics that Eve speaks of are off – that violence and rape happen to more than 1/3 of the world’s female population? In my reality, apparently it is.

Ostrander: You’ve said nothing is more important than stopping violence against women.

Ensler: I believe that. As a global society, we still don’t understand the magnitude of this issue. One out of three women on the planet will be beaten or raped in her lifetime. That’s one billion women! If we are mutilating, beating, raping, and selling women, it impacts everything around them—their children and the way men are brought up. It affects women’s ability to be intimate and safe, to walk through the world with openness and tenderness, to be competent, to have jobs, to learn and teach. We have no idea the energy, the thinking, the vision, the brilliance that’s been lost because women are terrorized by violence.

People still do not understand that violence against women is one of the central issues of our time. They think about poverty or violence or racism or global warming, but then you realize many of the people taking the lead to fight against those things are women. If the women are battered and destroyed, who will be here to fight for life?

So how do we stand up against the violence? How do we bring joy back into our bodies? Eve is calling on us to DANCE! (This goes back to my thesis that in order to sustain the planet, we have got to honor creativity, not just productivity and consumption. And when I say creativity, I am not talking about making babies, I’m talking about beauty, art, music, literature . . . dance!)

Ensler: I think dance is the greatest form of revolution. Emma Goldman famously said, “If I can’t dance, I don’t want to be in your revolution.” Dance is both celebratory and fierce. It’s spontaneous and an expression of our deepest selves.

That’s the force behind the campaign “One Billion Rising.” First, I don’t want us to keep building hotlines and shelters and assume that violence against women is part of life. I want to end it. On February 14, 2013, we are calling for one billion women and men to walk out of jobs, schools, offices—and dance. It will be a huge act of solidarity across borders—it will be global.

And if we really want this movement to grow, it can’t focus only on the angst and horror of violence. We have to have pleasure. We have to come together in celebration of our sexuality, in the light of our bodies and sweat and song.

I hope if we can get a billion women and men to dance, we will shake ourselves into a new world.

Read the article! Watch her talk on TED. If you haven’t done so yet, read Ensler’s book The Vagina Monologues. (Trust me, it will move you).

Mark your calendars for the next V-DAY and shake up your body and the collective soul . . . Let’s dance in a new world!